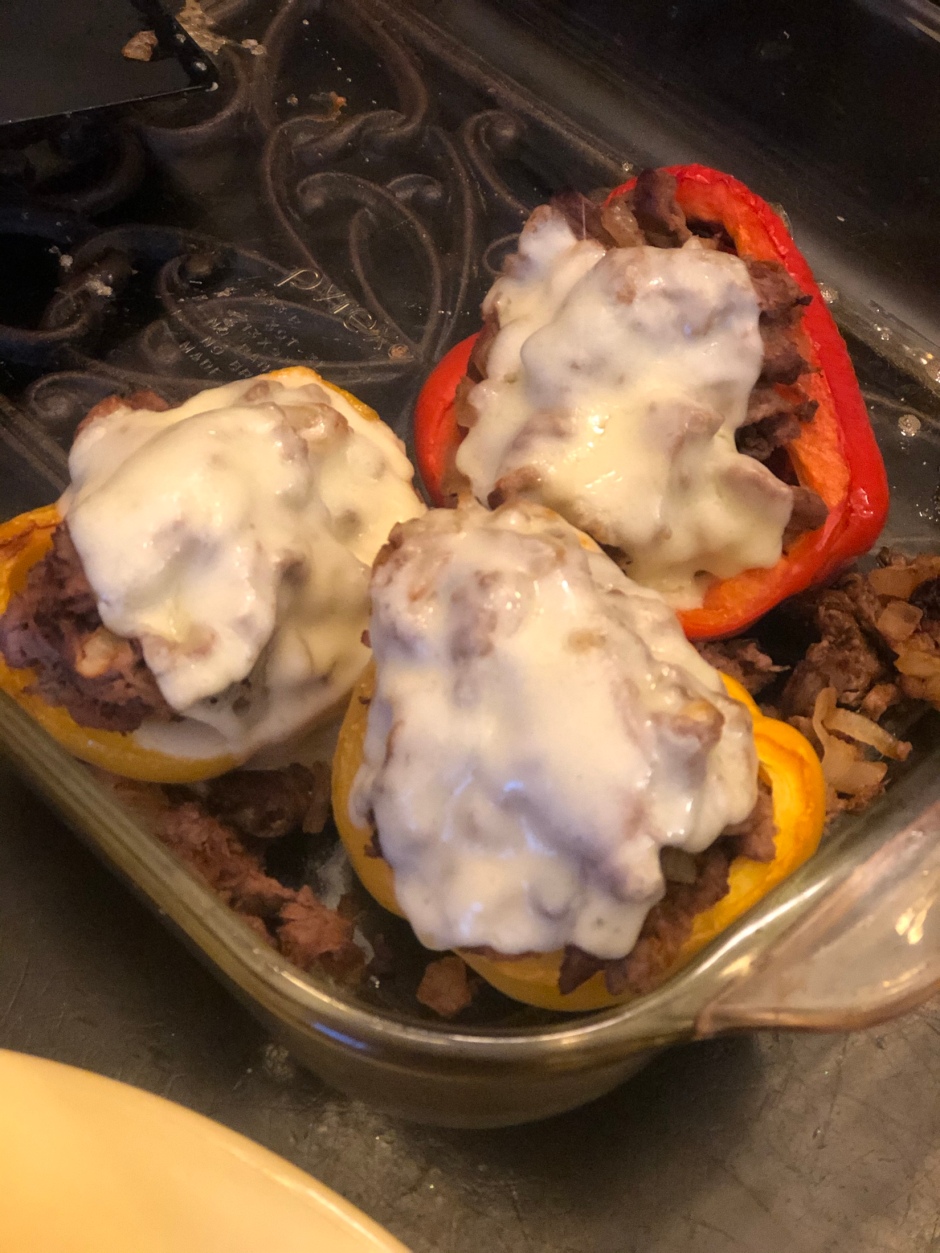 Philly girl confession. I love cheesesteaks. Cheesesteaks do not like me. They treat me badly by making my clothes tight and feeling guilty after inhaling one. Fortunately I don’t live in Philly anymore where you can find a really good cheesesteak. Maryland tries, but I haven’t found one that can really compare to my favorite. And this favorite.

I’ve discovered that you can fit cheesesteaks in if you add a bit of creativity. I did it with my Air Fryer Cheesesteak egg rolls and now I added Stuffed peppers to the mix.

I start off with about a 1 pound and a half of shaved rib-eye. This is really the best steak to use as it is thinly sliced and cooks of quickly. This is not a comparison to a medium well rib-eye steak that you grill or sear. It won’t be tough due to how it’s shaved.

Cut up a large sweet onion and get it in a pan with a tiny bit of olive oil. When they are soft and browned a bit, I take them out and put in a bowl. Doing the meat in batches assures you get a little browning and you don’t steam the meat.

Add all the meat and onions back to pan and mix together.

Half the cheese on the bottom of the pepper, add the steak and onion filling and the other half of cheese on the top. A few minutes under the broiler until the cheese is all bubbly and dinner is served. Cheesesteak craving satisfied.

Recipe is for 8-10 pepper halves. I only made 6 as 2 of my eaters chose to have their cheesesteaks on rolls.

living the sweet life one Saturday at a time

................... for lovers of ice cream. Your free on line magazine for sweet frozen treats. Recipes, inspiration, artisanal ideas for your delectation.